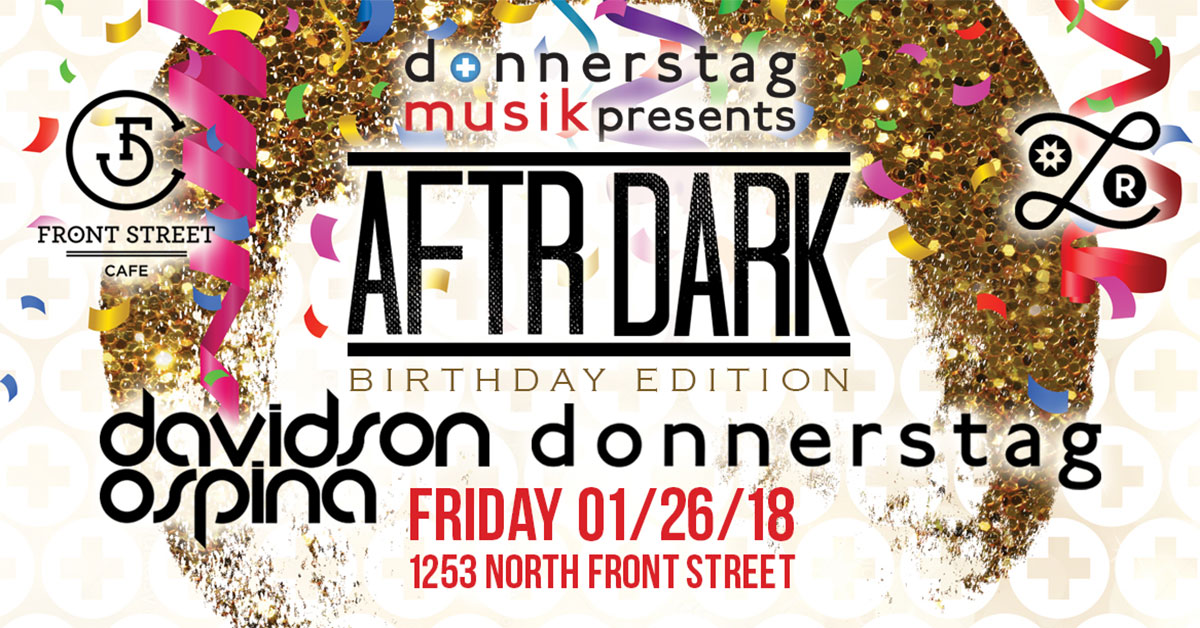 donnerstag will be joined by 2 of Philadelphia’s most beloved Producer/DJs to CELEBRATE HIS BIRTHDAY: Ospina Digital RecordsLabel Boss, Davidson Ospina & Worldtown Founder and Head Honcho,Ben Arsenal !

Davidson OSPINA is a platinum selling producer and one of the most respected DJs in the game for decades and his LIVE DJ SETS are a MUST SEE for ANY MUSIC FAN!! He’s a straight legend in NYC, MIAMI & Philadelphia and has played the best venues in the world and NOW AFTR DARK w/ donnerstag.

Arsenal’s personal knowledge of drumming and percussion play a vital role is his beautifully complex DJ sets or his groundbreaking productions. Ben’s aim is to unite organic recordings from any era in time with the electronic music world of today. Ben is currently working with Internationally recognized artists to further his product and passion for evolution.

donnerstag AKA THE BIRTHDAY BOY