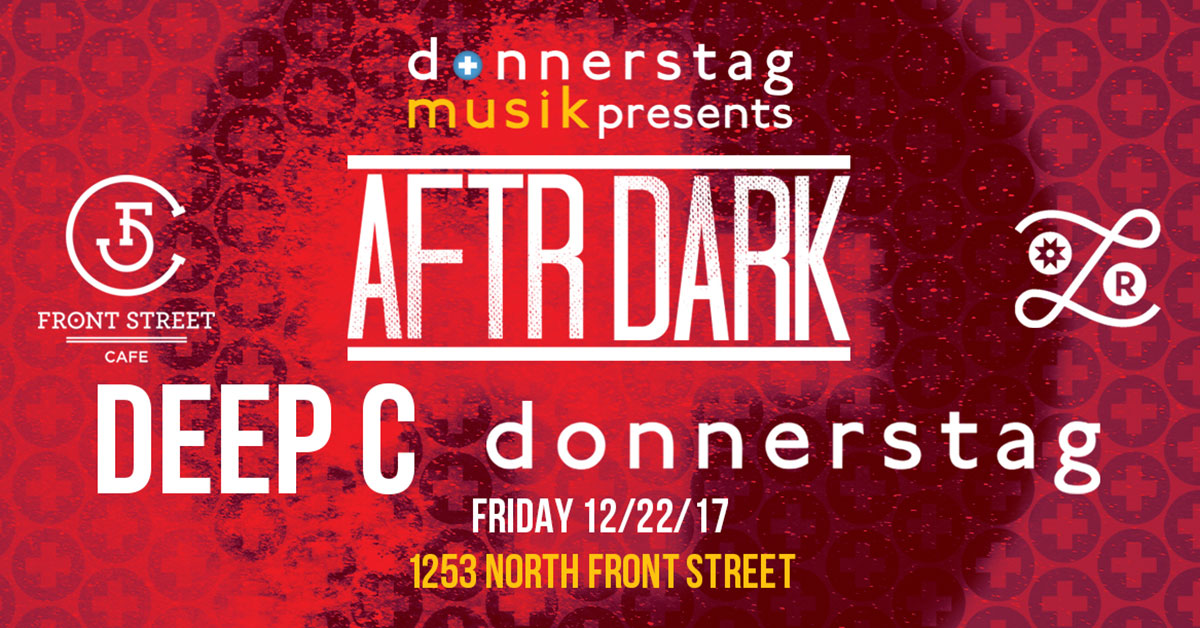 DEEP C may be the most listened to producer that we have hosted to date. His MEGA-HIT “King of my castle” (https://www.youtube.com/watch?v=OwdlqquJDK4) was a WORLDWIDE SMASH and his LIVE DJing is a MUST SEE for ANY MUSIC FAN!! He’s a straight legend in Philadelphia and has played the best venues in the world and NOW AFTR DARK w/ donnerstag.

FSC & The Liaison Room are taking 2 of Philadelphia’s most progressive international acts and combining their efforts into ONE NIGHT, TWO PARTIES, TWO FLOORS of AMAZING SOUND ENVIRONMENTS for just ONE COVER!

Worldtown Sound System founders/DJs Ben Arsenal & Oluwafemi bring you Travel by Map, a monthly party that takes Worldtown’s international sonic flavor to the next level by hosting DJs who bring various parts of the world to Philadelphia through their sound at Front Street Cafe // The Liaison Room.