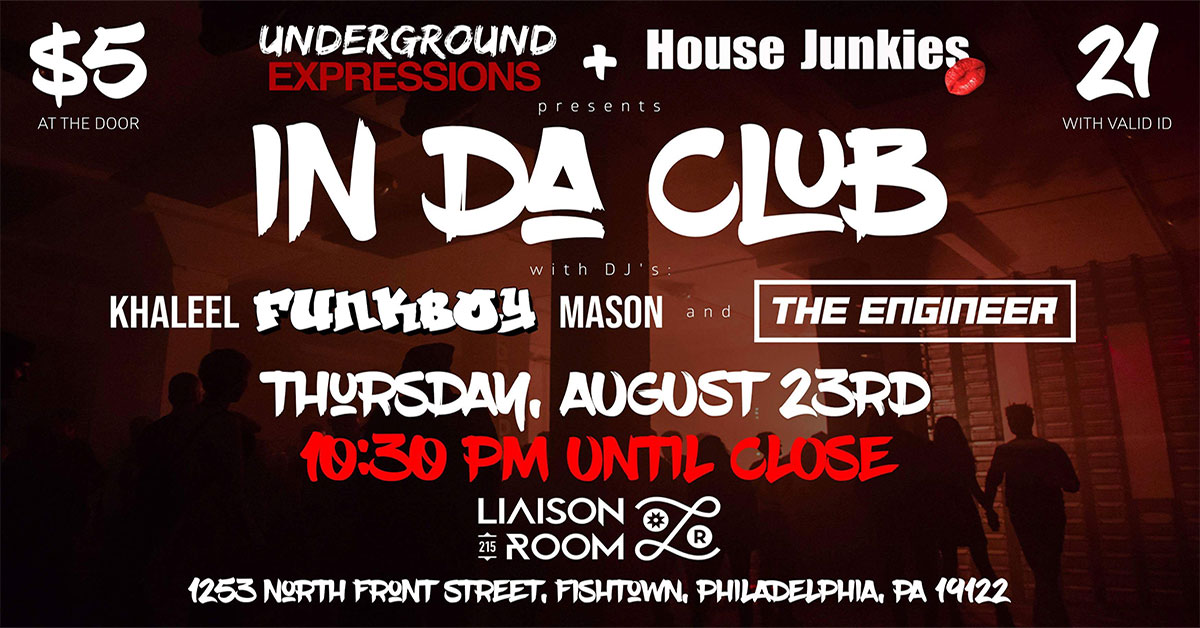 Khaleel and Brian are no strangers to playing live, and their first time doing so together was in the paradise of Ibiza. On their way back to Philly, the two formed a bond that brought about collaborating to bring to fruition what is now called UNDERGROUND EXPRESSIONS. They both wanted to give back to the Philadelphia dance music scene by having DJs from Philly, and elsewhere on the show, to give them some visibility in this crowded social media-fueled world.

They cordially invite you to IN DA CLUB, the first ever UNDERGROUND EXPRESSIONS party, which will be held upstairs in The Liaison Room at Front Street Cafe on August 23rd! The cover is only $5.00, doors open at 10:30PM, and they’ll be going until close! Come celebrate house, and techno and all shades of dance music in between at 1253 North Front Street, Philadelphia! Let’s GO!!