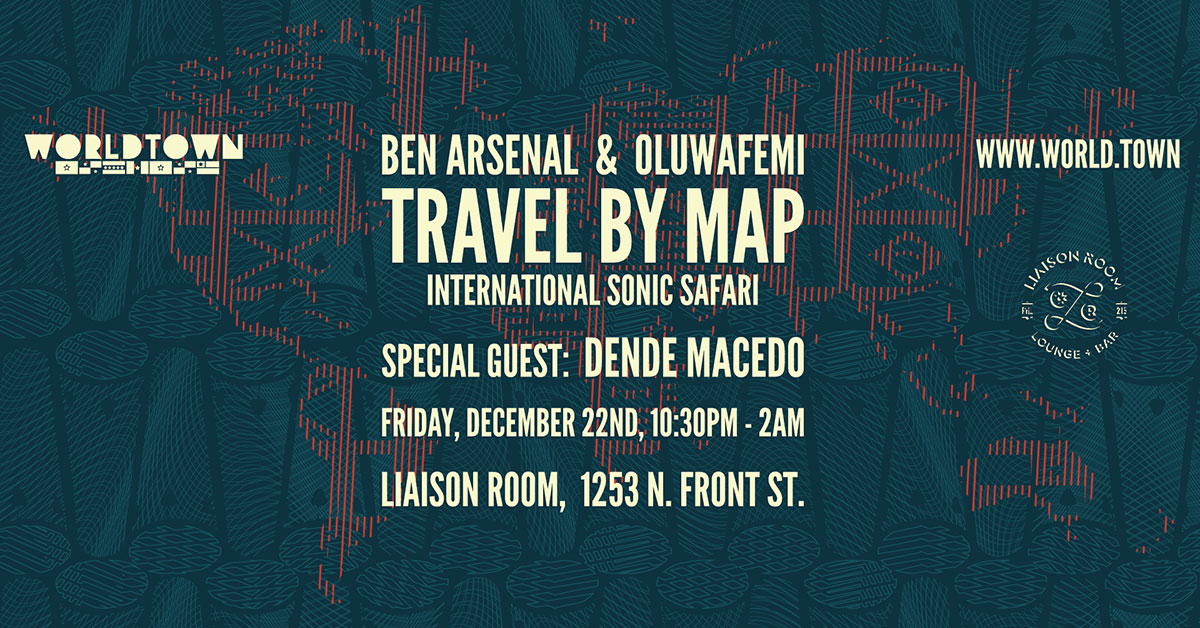 Worldtown Sound System founders/DJs Ben Arsenal & Oluwafemi bring you Travel by Map, a monthly party that takes Worldtown’s international sonic flavor to the next level by hosting DJs who bring various parts of the world to Philadelphia through their sound at Front Street Cafe // The Liaison Room.

AFTR DARK is a musical journey with Resident DJ / masterminddonnerstag that will take you through handcrafted soundscapes normally only found in the most cutting-edge cities & events in the world (ADE, Ibiza, SONAR, NYC, Berlin) in the intimate but energetic feel of Front Street Cafe & The Liaison Room here in Philadelphia!!