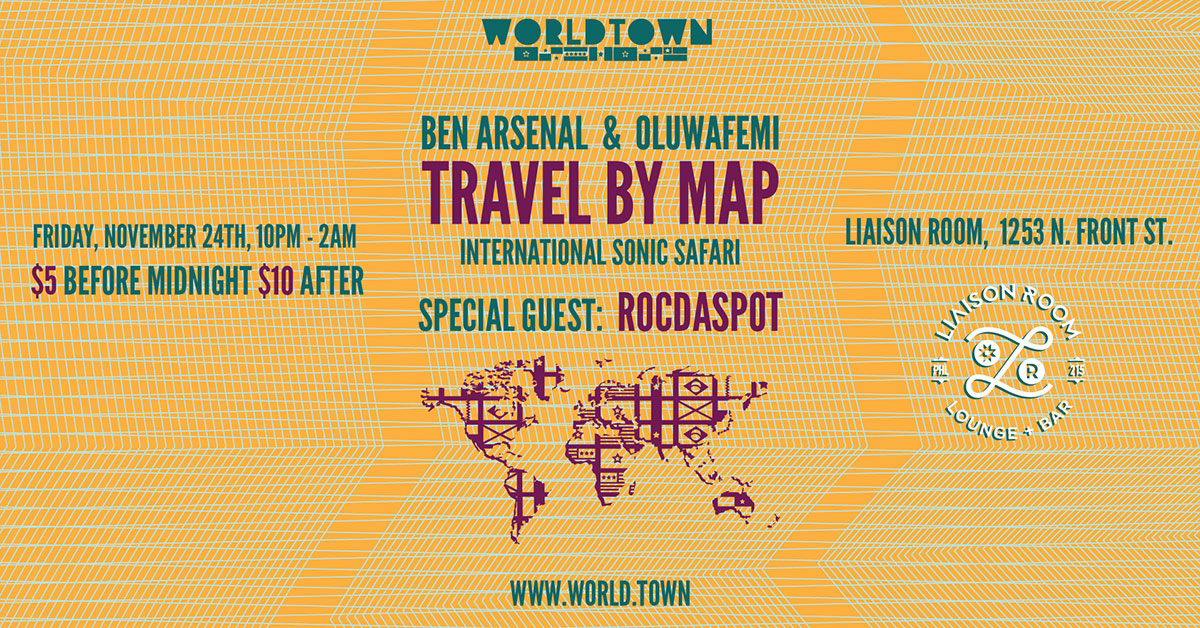 10:30pm – 2am – Upstairs in the Liaison Room AFTR DARK & TRAVEL BY MAP FSC & The Liaison Room are taking 2 of Philadelphia’s most progressive international

FSC & The Liaison Room are taking 2 of Philadelphia’s most progressive international acts and combining their efforts into ONE NIGHT, TWO PARTIES, TWO FLOORS of AMAZING SOUND ENVIRONMENTS for just ONE COVER!

Worldtown Presents: Travel by Map
Worldtown Sound System founders/DJs Ben Arsenal & Oluwafemi bring you Travel by Map, a monthly party that takes Worldtown’s international sonic flavor to the next level by hosting DJs who bring various parts of the world to Philadelphia through their sound at Front Street Cafe // The Liaison Room.

So far this year AFTR DARK has hosted Davidson Ospina (OSPINA digital), Alan Nieves (Deep Perfect), Terreyl (SOUL MOB), PONY (iFeel), Paul Geddes (DISTRIKT), Nicholas Maddix (Devotion), & Ali Coleman (NYC LEGEND). In the next few months, AFTR DARK’s guests will be nothing short of AMAZING…If you love to dance, let loose and want to hear game changing live sets from the best DJs/Producers in the business, this is definitely ONE PARTY YOU DO NOT WANNA MISS!!