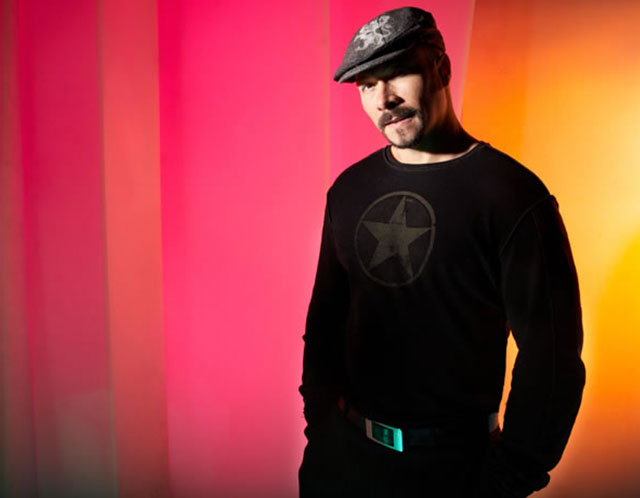 Lee grew up in Maryland where his mother was the Director of the local Academy of The Arts. He was able to take lessons in Classical Violin and Piano, as well as Visual and Physical Arts such as pottery, sculpture, mixed media, watercolor and portrait painting. This early exposure to Music and the Arts was critical in forming Lee’s alternative viewpoint on life and it’s possibilities.

Lee’s journey in nightlife, entertainment and DJ Culture has been long and interesting. He first experimented with Djing in Maryland in the 80’s when he and original DJ partner David Fitzgerald formed “Mirage DJ’s”. Barely teenagers, Lee & David saved up money they earned mowing lawns in their small town in order to buy their first set of turntables and mobile sound system.

In the late 80’s Lee moved to Santa Fe, New Mexico and landed a job working the front door at the legendary “Club West” where he was exposed to hundreds of touring bands and DJ’s and personally met artists such as Steel Pulse, Black Uhuru, Eek-A-Mouse, Ini Kamoze, Yellowman, UB40 and others. Lee eventually returned to the East Coast and started working security for Stephen Starr at “The Bank” night club where he formed friendships with original Philadelphia legends Josh Wink, King Britt & Boy Blake.

Lee also worked at venues and clubs such as Revival, The Electric Factory, Mann Music Theater, Tower Theater, TLA and the Trocadero. As an insider on the Philadelphia Live Music scene Lee was able to get additional exposure to and back stage access to many artists he admired and in disparate genre’s such as Hip Hop, Acid Jazz, Heavy Metal and Punk Rock.

In 1999 (the same year that Lee attended Burning Man for the first time) Lee worked with Worship Recordings founder Rob Paine and helped start the (Solomonic Sound System) Reggae First Friday’s at Filo’s in Headhouse Square in Philadelphia. Not only did Lee Dj at those early Philadelphia reggae events but he curated Filo’s first Friday Art Openings and worked with many of Philadelphia’s early emerging visual artists.

In 2003 Lee starting bringing a larger sound system to Burning Man, the Philadelphia Experiment (PEX) officially began, and the unique reggae, acid jazz & deep soulful house sound played by PEX Dj’s at the camp was a refreshing alternative to much of the harder West Coast breaks being played in the desert at that time.

Lee toured extensively throughout the United States from 2003 through 2013 and has had the opportunity to open up stages for such diverse acts as Deadmau5, Thievery Corporation, Infected Mushroom, Crystal Method, BassNectar and The Prodigy. He has performed in Costa Rica, London, Spain, Morocco and in the U.S. has played festivals such as Camp Bisco, Mint Green, Joshua Tree, WMC, SXSW, & StarScape. Lee headlined the Hawaii Electronic Music Festival both in 2010 and 2011.

Lee and the PEX Crew held an annual PEX Costa Rica excursion in the jungle town of Montezuma, Costa Rica from 2011-2017 which showcased multiple public and private events and acted as a common gathering place for the growing international PEX network.

On the music production side of things, 2010 marked the release of Lee’s “The French Connection” EP on Ospina Digital with critical acclaim and support from such artists as Oscar P., Graham Sahara, Greg Stainer, Andy Ward, Booker T, Groove Assassin, & MoD.

In 2012 Lee released his first full-length album “Under the Bridge” through Azucar Music Distribution and hosted the release party on Morgan’s Pier in Philadelphia under the Benjamin Franklin Bridge. The event welcomed a closing set by NYC House Legend Louie “Little Louie” Vega (Masters at Work, Vega Records).

Lee has also been instrumental in producing some of the most forward thinking events in the Philadelphia Region through the PEX movement and is founder and co-producer of the Annual PEX Summer Festival. (2009-2018) Through these PEX events, Lee has had the honor of helping stimulate and unite early Burning Culture and communities on the East Coast (US).

Lee designed and built the Liaison Room in Philadelphia, an accessible, small, intimate audiophile quality room that focuses on good sound and great people as opposed to the big flashy mega clubs that are in vogue for the mass public.

As creator of the Liaison Room at Front Street, Lee’s goal is to further stimulate and incubate nightlife and dance culture in Philadelphia. We hope you will join him.