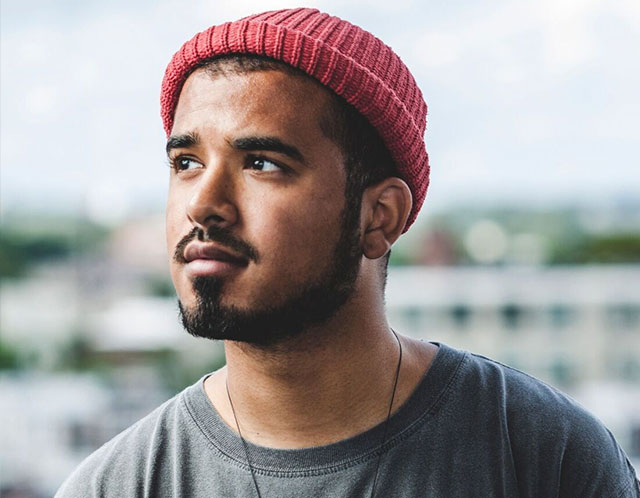 Since 2009, MATTHEW LAW has been entertaining audiences in cities all across the world. Early in his professional career, he had many opportunities to captivate concertgoers, opening for artists such as Kendrick Lamar, De La Soul, J Cole and many others, as well as DJing at The Annual Roots Picnic infront of 10,000+ screaming music fans. Outside of Philadelphia, he has toured extensively with artists including Black Thought of The Roots (The Tonight Show Starring Jimmy Fallon), Grammy nominated songstress Jazmine Sullivan and legendary comedian Dave Chappelle. It’s his versatility that has allowed him to transition between the dance floor and the stage, executing precision routines and growing into a recognized professional. Meanwhile, his 2013 Red Bull ThreeStyle East Coast Championship earned him the respect of the DJ community–ultimately placing 3rd in the U.S. Finals judged by DJ Jazzy Jeff, A-Trak and Z Trip. MATTHEW first gained international exposure, as DJ PHSH, a member of Illvibe Collective, and has been touring Europe since 2011. MATTHEW’s reputation as a seasoned tour DJ also earned him his first trips to Asia and Australia while road managing and DJing for Korean Hip-Hop/Trap sensation Keith Ape.

As the MATTHEW LAW brand continues to be recognized by industry leaders and behind-the-scenes influencers, MATTHEW has grown into a leader of DJ culture. He returned to the Red Bull ThreeStyle competition as a judge in 2015. That same year, he was inducted as one of the youngest members into the inaugural class of DJ Jazzy Jeff’s exclusive Playlist Retreat family, a collective of international creative professionals, including Young Guru (Jay Z’s producer/engineer) and Questlove (drummer for The Roots and music director for The Tonight Show Starring Jimmy Fallon). Now, through various workshops and collaborations provided by the Retreat, MATTHEW has forged relationships with some of the industries biggest names including Pioneer, Mixcloud and GoPro.

The effort that MATTHEW has put into his craft has allowed him some amazing moments. MATTHEW has starred in BuzzFeed’s “11 Problems DJs Know Too Well,” earning over 1 million views on Facebook. He has DJ’d for high-profile, celebrity events such as Heidi Klum’s Annual Halloween Party and the Saturday Night Live 40th Anniversary Afterparty featuring Prince, Taylor Swift and Paul McCartney. Miller Lite asked him to be a cultural influencer for their 2016 Kickback Series, and in 2017 MATTHEW was selected to participate in the first ever Boiler Room in his hometown of Philadelphia, which was broadcast to over 1.6 million viewers.

MATTHEW LAW’s philosophy of pushing music and DJ culture forward is what allows him to stay so busy. Even with all of his touring and special events, he still finds time to co-produce his own event, FRIENDS & FAM, drawing sold out crowds of 400+ attendees every month. He is a graduate of Dubspot, the premier electronic music and DJ school in the world, and has released an official Laura Mvula remix collaboration with King Britt. Currently, MATTHEW is working on expanding his FRIENDS & FAM brand and producing original music and remixes.