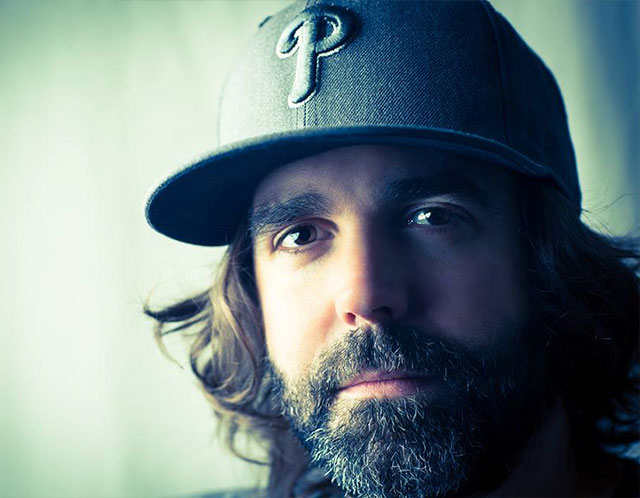 Rob Paine’s roots run deep. From the moment he really felt music as a youth, he knew where his mind, body, and soul would take him on his life’s journey. That passion has provided the foundation for a diverse and eclectic musical immersion ever since. He has been on a rapid rise from bedroom mix tapes to underground events to DJing internationally since he started out in 1993. He, along with his Circle Production crew, created and curated some of the most epic parties in Philadelphia throughout the 90’s. In parallel, he began to flex his music theory education and production expertise by creating a broad range of songs across a myriad of genres such as house, techno, reggae, broken beat, dub, and down-tempo.

Rob formed WORSHIP RECORDINGS in 1998 along with Dan Thompson and Zack Eberz. This brand clearly reflected his vision to pay respect to the roots of music while inspiring himself and others to innovate for the future. In fact, in 1999 he was awarded the “Most Innovative Producer” by the Philadelphia City Paper. During that time, he and Zack began using the SOLOMONIC SOUND name for their productions and as a vehicle for releasing their dub-influenced house and techno tracks on Worship. Rob also released as a solo artist and collaborated with Wamdu’s Chris Udoh for early Worship releases.

Now with his passion reinforced by the labels’ success and critical industry acclaim, Rob’s unique sounds were soon being released on labels like Large, Tango, Shaboom, and Grayhound to underground and commercial success. In addition, his productions were also licensed to labels such as Bedrock, Fabric, and NRK as part of compilations.

Soon after, another canvas was unveiled as a tapestry to showcase the Worship Recordings productions and artists: the SHAKEDOWN parties. Rob, Willyum, and Zack launched Shakedown in 2002 and they are still going strong today, evidence that music – done right, is enduring. Rob’s events always feature incredible sound via the “Solomonic Sound System” that he and his crew developed and have fine-tuned to audiophile quality for discerning DJs and dancers. That same uniqueness and quality is evident in his custom-designed studio… apparent when you hear Rob’s production and remix work.

The world has been the recipient of Rob’s talents through his performances across the U.S., Canada, Mexico, Jamaica, and London in iconic clubs/parties such as Fabric, PS1, and Deep Space. Rob has also held down residencies in New York, Washington D.C., San Francisco, and Miami, and has played at festivals such as the massive Shambhala & Soundwave festivals in British Columbia. In 2012, Rob and Francisco Collazo established ‘goodie’… a series of special monthly underground events highlighting the facets of techno while hosting local and international talent. As 2017 comes to fruition, be on the look out for Worship’s new dub techno event ‘Universal Delay’.

Collaborations, productions, remixes, and releases continue to abound for Rob on Worship Recordings, LeftRoom, I Recordings, Hallucienda, Yoruba, Doin’ Work, Dubwise, ZamZam Sounds, Kaato and on compilations like one done by Maceo Plex in 2013. Releases under the CIRCLE moniker with partner Keith Landis, a RISE 8 collaboration with Gerhardt Koerner, and through his HEIGHTS & WORSHIP and RMP aliases… are making chart waves worldwide.

With his musical roots, proven success as a label owner / producer / DJ / event creator, and with his innovative approach to melding electronic dance music… Rob Paine is one of the music icons in the City of Brotherly & Sisterly Love and across the world. His commitment to the city and the world’s music lovers is unwavering and his unique and diverse vision will ensure his success and our enjoyment into the future.